This place just isn’t big enough for the both of us. Let alone, fourteen other fantasy races with a thirst for conquest and battle.

In fact, this world cannot withstand the density of all these monstrous warriors in one place, something must be done. Nobody wants to share this world, so it’s time for war. Build your kingdom to be prosperous, strong, and as widespread as you have the ability to defend.

You won’t be playing as the boring, run-of-the-mill, fantasy characters. There are ghouls, tritons, and rat-men. What’s a rat-man, you may ask?

Good question, you’ll have to play to find out. If you’ve already played the original Small World, make sure to check out all of the best Small World expansions!

In Small World, two to five players battle it out for up to two hours to conquer and hold their civilization’s regions. Through rise and fall, new races come and go with defeat and decline. Each new race brings a fresh arsenal of special powers to keep opponents at bay.

Conquer or be conquered, these fantasy races don’t come to play. You’ll need to defend your land with the strength of a hoard or stand to lose your powers to the occupying new races.

Sound confusing? If you’ve ever played Risk, you’ll catch on in no time.

Opposite of its name, Small World contains the following components:

Don’t let it all discourage you, Small World may be overflowing with components but the complexity is under 2.5/5 on BGG.

There are double-sided gameboards, ladies and gents! They’re well defined, clear, colorful, and bright. There is a handy turn tracker at the bottom of each gameboard to pace players. Small World has a laundry list of components, but the tokens, board, and badges are transparent and clear. The rulebook, while it is long, is filled with diagrams and photos with a comprehensive layout. Designers even throw in a summary cheat sheet for every player.

The theme is attractive to young and adult audiences. It’s cartoonish, fantasy, and otherworldly, from the banners to the small tokens. All the components are sturdy and created from thick cardboard, shiny, and sharp in imagery.

How to Play Small World

A fight is brewing, and no one player has an upper hand. Harness your special powers and act diligently to overtake other fantasy races before they force you out of your world.

Check out the basics and GameCows tips for succeeding in world domination on your first go-ahead.

Grab your wand and sharpen your axes warriors, we have a world to fight for!

The first choice you’ll make in Small World is which of the five races and special powers you want to employ at the start. Some combos will cost you victory points, and you’ll have to ask yourself if it’s an investment you’re willing to make so early on. It’s no doubt you’ll lose these powers swiftly as the game commences, so try not to get too attached.

Add your special power amount and your race banner amount together to get the number of race tokens, or warriors, that you’ll have in your initial army. This is your active race.

All players start their conquests from the bordering regions. No airdrops and helicopter deliveries here sadly! Plus, none of these races are natural swimmers, so you can never enter the regions from a water space.

Then it’s the next players’ turn, clockwise.

Move at least 2 active race tokens into a space of your choice. You can only enter the game from the bordering areas. After you occupy and hold one region, you can expand solely to adjacent regions nearby.

Occupying a Region With Pre-Placed Tokens

If you aim to occupy a region adjacent to your current holdings, you can. However, you will need to pay one extra race token for every pre-placed token, such as a mountain, fortress, lost tribe token, etc, on that space.

At the end of your turn, if you have at least one race token remaining, you can attempt a final conquest in an adjacent region. Select your targeted region, roll the die, and add this number to the number of active race tokens you have left.

Success: The total die + race tokens allow you to occupy the region successfully.

Fail: Your remainder race tokens are placed in the closest region that you have control over.

As with every world superpower, control works best when it’s centralized. Don’t get power hungry with spreading your race across the board to the point where you lose the ability to defend your occupied regions. It may be smart to go into decline on one of your turns to avoid overexpansion and weakness.

You’ll be pulling troops from the map if your spread gets too vast to focus on the main regions of choice. Sure, you’ll spend a turn on strategy, but it would completely change the power structure of your occupied regions and make you even stronger.

The game ends once the round marker reaches the final space, and then it’s scoring time! Total up all your victory points to see where you add up to your opponents. Whichever race leader has the most victory points, wins!

Days of Wonder always delivers high-quality, visually appealing, and medium-level strategy games. Small World is one of their best works so far, in my humble opinion.

They didn’t leave a stone unturned when it came to fantasy races. The base game already has fourteen races, which I felt was more than enough for starting out. They’ve since released a few different expansions to spice up the gameplay even more!

All the components seemed like overkill when I first set up the game, but I grew to love them and how much thought went into each design.

The rules were easy to follow, more so if you’ve played any area-control games before, such as Risk, Spirit Island, and Terraforming Mars.

Honestly, I didn’t experience any cons when I played through Small World. I’ve played more times than I can count, but I’m unsure if it’s more than ten. Other players have told me that the game taps out mentally after ten or more plays. I really think it’s up to you and your gaming circle on keeping the sparks alive, the fire burning, and the battles full of bones and magic.

Without a doubt, Small World is a classic fantasy world gaming experience full of twists, turns, defeat, battle, and victory. There are plentiful options for power-ups, mechanisms, and abilities to overtake your opponents.

You don’t want to miss it!

With tons of fantasy races and 20 special powers, the possibilities of world conquest are neverending. Each power-up places a whole new spin on a race’s reach and force. I made the mistake of trusting trolls to be hard-hitters, but they’re basically the laughing stock of Small World. In fact, trolls are the Magikarps of the fantasy race realm.

Small World has been adapted to a PC game too. The online version is less messy, but what do you expect from monsters pillaging the countryside?

Small World is one of my favorite games to play with any crowd, especially if you have friends like mine that take it to the next level by cosplaying the fantasy characters. I highly recommend this game for newbies and experts alike to spend a few hours in an imaginative world where Orcs and Skeletons run the government.

Will you try Small World?

We hope you enjoyed our Small World review! This competitive territory-building board game is an absolute blast that just keeps getting better with each playthrough and expansion. Have you tried Small World before? Drop a comment below and let us know what you think! We look forward to hearing from you. 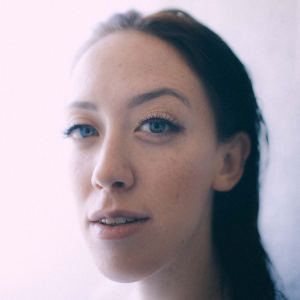