Marvel heroes are some of the most beloved characters in the world. They always defeat the forces of evil and protect us from wicked villains. But have you ever wondered what would happen if the villains won? It seems they have a 100% failure rate.

Why is that? They have powers too. Why do they always lose? Could you do better?

Marvel Villainous is another entry into the increasingly popular Villainous series of board games. Choose from one of five classic Marvel villains and try to complete your own mission before anyone else completes theirs.

Marvel Villainous is an asymmetric game where all characters have their own unique tasks. Moreover, each character has their own motivations, strengths, and weaknesses.

If you’re already a fan of Marvel, this game captures the theme perfectly. It’s awesome to be able to play as some of the most legendary antagonists from the Marvel Universe. If you’re not a fan, the mechanics and gameplay offer enough intrigue to keep you engaged.

Throughout the game, you will need to overcome heroes, events, and other challenges as you aim to accomplish your goals. You will move around different locations and inflict devastating twists of fate on your opponents. Mischief & Malice is the first expansion to the base game. It can be played as an expansion or a standalone game. It plays the exact same way but includes new villains from the Marvel universe. Marvel Villainous: Mischief & Malice
$29.99
Buy from Amazon Buy at Noble Knight
We earn a commission if you make a purchase, at no additional cost to you.

Marvel Villainous: We Are Venom

We Are Venom is a single-character expansion. It introduces Venom and Spider-Man, as well as a number of new cards into the game. This adds another interesting dimension to an already asymmetrical experience. Marvel Villainous: We are Venom
$15.49 $14.49
Buy from Amazon Buy at Noble Knight
We earn a commission if you make a purchase, at no additional cost to you.

Upon opening the box you will find the following:

Marvel already has an established theme and this game captures it perfectly. From gorgeous artwork on the cards to the unique villain movers, Marvel Villainous is on point.

The card quality is great. The cards are thick, easy to handle, and don’t slip over each other.

The villain movers themselves are very attractive. They are made of plastic, which isn’t the most attractive material. But, they are nice and chunky, and all capture the essence of the villain they represent. Playing with these is a lot of fun.

The only real problem is the vault. The design is cool enough, but it is made of incredibly flimsy plastic which isn’t attractive and seems like it could break at any moment.

To win the game, simply be the first player to achieve your Villains objective and stop your opponents from achieving theirs. While you are trying to achieve your objective there will be many obstacles and threats for you to face.

You can choose three difficulties:

Choose a villain and take a mover, guide, villain deck, and reference card. Place your mover on your domain in front of you.

Shuffle the common fate deck and villain fate decks of each player and place this deck in the middle of the play area. Shuffle your own villain deck and place it face down next to your domain.

Put the tokens in the vault and place them within reach of all the players. The last player to read a Marvel comic book goes first.

On your turn do the following in order: Move your villain, perform actions and draw cards. Your villain can be moved to different locations in your domain. All actions are chosen from your domain and each location allows for specific actions to be taken.

Fate cards and opponents’ allies can block certain actions in your domain. Once you have drawn cards, move clockwise to the next player. Keep playing until someone achieves their objective, as outlined in their villain guide.

When you draw from your villain deck, you will draw 1 of 4 types of cards. These are Ally, Item, Effect, and Specialty. Ally cards are your henchmen and minions. These cards can resolve events or fight other opponents.

The Fate decks include three types of cards. These are Events, Heroes, and Effects. Hero cards represent the good guys who, inevitably, have gotten wind of your nefarious plot and are trying to stop it.

Effect cards have an immediate impact once played. Event cards are far-reaching and very hard to deal with (you don’t use them in easy mode). They have ongoing effects until they are resolved.

On your go, there are many different actions you may be able to take, depending on your location and whether you’re being blocked or not.

Marvel Villainous is exceptionally well designed from an artistic perspective. It perfectly captures the atmosphere and story of the Marvel Universe. Every card and component (apart from the vault) is expertly crafted with an eye for detail. The high production levels really immerse you in the game.

With larger groups of experienced players, the events throw a challenging dimension to the game. They can be very hard to overcome, and enemies will need to work together to combat them. In easy mode, you don’t face any events but intermediate and especially hard can offer a serious challenge to experienced gamers.

The asymmetrical gameplay adds a unique element to the game. Every character has their own motivations so it makes a huge difference who you play as.

First of all, this means the game has great replayability as each character offers a very different gaming experience. Secondly, it adds even more to the overall theme of the game, as the motivations reflect the character.

One of the main problems with Marvel Villainous is rule ambiguity. It’s an asymmetrical game where all players have their own motivations. The effects of the cards can also be fairly convoluted. This means it’s pretty hard to explain the rules to a new player, and the rulebook will be consulted constantly.

Also, the rules can be downright impenetrable at times, meaning players need to just agree on the best course of action. Luckily the website clears up a lot of this ambiguity.

Drawing from the Fate Deck throws a degree of randomness into the game. It can also be unbalanced. Some Fate cards will only impact a certain villain. If that player is unlucky, they can be decimated in a couple of turns through no fault of their own and must play catch up for the rest of the game.

The events can also be far too difficult. Depending on what the event is and who it affects, it can just detract from the game. You don’t need to use Event cards if you want to play in easy mode, but on harder difficulties, prepare to be frustrated.

Marvel Villainous is a great game for those who love player interaction. You are constantly watching what your opponents are doing, and they are constantly trying to scupper your well-laid plans. It’s also great for fans of the Marvel Universe. Both the components and the gameplay capture the theme perfectly.

Marvel Villainous really shines at a higher player count. This makes it much easier to tackle the events in the game. It also allows for more player interaction, which is at the heart of the game. The asymmetric nature of the game also means that with more players there are just so many different motivations and influences working at the same time.

Marvel Villainous will not be for everyone. The rules can be extremely frustrating. They’re just more complex than they need to be. Coupled with that, there will be times when they simply don’t make sense and players will be at a loss in terms of what to do.

Once you figure out the rules, however, this is a fun game with years of replayability.

We hope you enjoyed our Marvel Villainous review! Heve you tried this comic book hand management card game? Drop a comment below and let us know what you think! We’d love to hear from you. 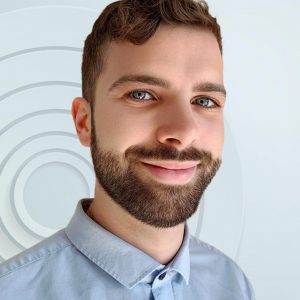 Ever since I first played Risk as an 8-year-old I’ve been hooked on board games. Growing up in rural Ireland there wasn’t much to do but luckily I’ve always been surrounded by board game addicts. Over two decades later I now write about what I love, which is totally awesome. Writing about all things board game related is literally the perfect job. When I’m not writing I still love a good board game night.
All Posts