Bird-lovers, look out! Wingspan is a card drafting game centered around collecting sets of birds and creating the best environment possible.

Each player gets their own habitat game board. Take turns laying eggs, gathering food, or adding birds to your habitat. Points are awarded for achieving goals each round. After all four rounds are completed, players total their points based on multiple factors such as eggs, bird species, and secret goal cards. The player with the most points wins.

Player interaction may be on the lower side, but the competition to create the best habitat is high. There are many elements involved in this engine-building game – rolling dice, picking cards, and choosing actions. Luck plays a part, but it’s mostly planning and strategy that help you win. If this board game gets you egg-cited, try one of these 5 games like Wingspan! Similar in either theme or gameplay, there is sure to be one that sparks your interest.

Spanish for butterflies, Mariposas is a game about the migration of these beautiful winged creatures.

Millions of butterflies migrate north, spread out, and return in spring every year. In this educational, nature-based game, you must help species of mariposa make the journey.

The overall structure of the game resembles Wingspan. Played over three seasons, or rounds, players collect cards to create sets. However, movement across the board is a crucial element – those butterflies have to fly somewhere after all!

Overall, Mariposas is similar in theme and layout to Wingspan but is less complicated. You won’t worry about the rules flying over your head! So if you’re looking for a lighter game that’s still packed with fun, catch this Mariposa and give it a try.

Compete to create the best machine this Science Fair has ever seen. Collect cards with varying functions and values. Piece them together to develop devices, using marbles as energy.

Each new card can build upon your machine in creative ways, so choose them wisely to maximize those Victory Points. Gizmos may start off slowly, but the gain intensifies as you gain more abilities.

Gizmos is an engine-building game in which you literally build an engine. The theme is more mechanical than Wingspan but has a similar level of complexity. It’s a great alternative if you like strategically combining parts and watching a final product come together.

Everdell is also a habitat-themed game. The shared board is a busy forest with a 3D tree towering over the top.

Players are various critters, such as rabbits or squirrels. While card management is critical, player movement is also essential. Travel around the board and complete actions – assuming the right conditions or resources are met.

There is a similar amount of juggling in Wingspan and Everdell. You must decide which cards to keep and how to use them. While points are accumulated throughout the game, there are end bonuses that will ultimately determine the winner. It’s anyone’s game until cards are on the table and final scores have been counted.

The well-designed cards and beautiful artwork connect well to the theme – and help build the suspense as you develop your critter kingdom. It’s a good option for players who want a complex game with a strong theme and an option for solo play.

Everdell is more entailed and takes longer to play than Wingspan. But don’t worry – everyone is green when they first enter this forest! It all pays off in the end. Everdell
$74.95
Buy on Amazon Buy at Noble Knight
We earn a commission if you make a purchase, at no additional cost to you.

Get ready to put down some roots!

Choose a cleverly themed critter as your faction for the game. Will you be the raccoon Vagabonds or sympathetic Squirrels? Each creature has its own faction board, special abilities, and goals. Race around the board and put down roots in the form of buildings or influence.

Influence across the board and goals will gain you Victory Points to determine the winner. Once a critter earns 30 Victory Points, it’s game over!

Wingspan and Root both play well to their nature themes. However, Root involves character roles and much more direct player interaction. Root
$73.63 $61.45
Buy on Amazon Buy at Noble Knight
We earn a commission if you make a purchase, at no additional cost to you.

Grab that cowboy hat! It’s time for adventure on the Great Western Trail.

This board game is about herding cattle from Texas to Kansas City. You better take good care of those cows! Well-kept cattle will get you more money at the final destination.

But the journey provides equally important chances to earn those Victory Points. Hire helpful workers to construct buildings and railroads or care for your herd. Great Western Trail
$49.99
Buy on Amazon Buy at Noble Knight
We earn a commission if you make a purchase, at no additional cost to you.

We hope you enjoyed our list of 5 games like Wingspan! This beautiful bird board game by Elizabeth Hargrave was an instant success and spawned many games like it. If you liked any of the games on this list, we’re sure you’ll also love: Lost Ruins of Arnak, Viticulture: Essential Edition, Tapestry, Scythe, Dune: Imperium, and Clank! A Deck-Building Adventure.

What did you think of these games? How many have you played? Drop a comment below and let us know what you think! We’d love to hear from you. 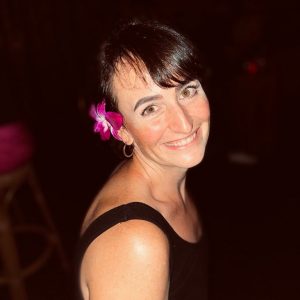