When all else fails, it’s time to call in a professional. Rogues are incredibly skilled at a wide variety of tasks. Today, we’re going to see what makes them invaluable members of any party with our detailed guide to DnD 5E’s Rogue Class.

We caught a group from the thieves guild. Shifty-looking sort. They’re not as bad as some of the other crime organizations. They leave broken windows in their wake, not broken bodies. Much easier to clean up.

I personally saw them locked up in our cells, with anti-magic runes on the floor. Not an hour later when I went to check up on them the cells were unlocked and they were gone.

I was furious. I sent out a patrol looking for them and decided to eat my lunch. All that was left was a note saying thanks for the hospitality. They even nicked my lunch.

From today onward all guards on double shifts. I’m not resting until I get those Rogues.

—From the journal of Captain Vyes 3rd precinct, city watch, 23rd of Hammer, 1384

Read our detailed class guide to DnD 5E’s Rogue below.

The Rogue is the sneakiest and possibly deadliest of all the DnD classes. They move unseen and can get into any room regardless of how heavily guarded or locked it may seem. No door or prison can ever seem to hold these characters, and in combat, they’re excellent at dishing out critical damage with their backstab ability.

Rogues are the type of character you call in when nobody else seems to get the job done. They are proficient in a wide variety of skills which lets them perform most tasks well, and their subclasses let them specialize in a variety of ways.

They can’t take as many hits as the fighter or barbarian, but who needs longevity when you can do massive amounts of damage before the enemy even knows you’re there?

Astarion is a High Elf Rogue from the upcoming (eventually) Baldur’s Gate 3 video game. He’s a vampire thrall that was infected with a Mindflayer tadpole. This gave Astarion altered abilities and allowed him to walk in direct sunlight without being harmed.

If you’re familiar with the character Drizzt, then you’ll immediately recognize Artemis one of Drizzt’s arch nemeses. If you looked up the definition of the word “assassin” in the dictionary, you wouldn’t necessarily see a picture of Artemis, but that’s because he would be standing behind you, ready to stab.

The Rogue’s main ability is their Sneak Attack, but they also have a ton of different proficiencies that help them to get in or out of any situation.

There are a lot of abilities and class features, and it can get rather confusing. Here at GameCows, we’re going to use a simple ranking system.

At 6th level, they get to do this again by choosing 2 different skill proficiencies to double or doubling their thieves’ tool skill +1 skill proficiency. This just lets them perform more tasks well.

Sneak Attack lets the Rogue deal an extra 1d6 if they have advantage on the attack roll or if the enemy has another target within 5 feet of it, regardless if it’s another player character or an allied NPC.

They must be using a finesse or ranged weapon and they can’t have disadvantage on the attack roll.  As the Rogue gains levels, the extra damage that Sneak Attack causes go up.

Or can they? The Thieves Cant is a secret language known only to people who know a guy who knows a guy. It’s a coded language that only the sketchiest of people know, so of course, the Rogue knows it.

At level 2, Rogues get a lot more movement versatility on the battlefield. Once per turn, the Rogue can take a bonus action to Dash, Disengage, or Hide. That allows them to bounce around the battlefield much quicker than most of the other classes.

At level 3, the Rogue’s subclass kicks in. Their subclasses are called Archetypes and they determine what kind of Rogue skills the player learns.

The Player’s Handbook offers 3 Archetypes to choose from:

Are you going to be an honorable thief, a heartless assassin, or something a little mystical? It’s entirely up to you.

At 5th Level, the Rogue becomes increasingly good at avoiding attacks. If the Rogue sees an attack coming, they can use their reaction to halve the damage. That’s incredibly useful to simply cut the damage in half without needing to roll a save.

What’s better than taking half damage?

At level 7, when the Rogue is forced to make a saving throw for half damage from an attack like a Dragon’s Breath attack, they instead automatically halve the damage, and if they succeed in the saving roll, they take no damage.

This skill solidifies the Rogue as a fantastic jack of all trades.

At level 11, they’re so good at doing just about everything that whenever they make an ability check they have proficiency in, they’ll never roll below a 10. It’s not a weighted die, they can simply ignore any roll of a 9 or below and replace it with a 10. That’s pretty neat.

By level 14, it’s impossible to sneak up on a Rogue. Even if their foes are invisible or hidden, the Rogue will know exactly where they are if the enemy is within 10ft of the Rogue.

Slippery Mind gives the Rogue proficiency in Wisdom saves. It’s not the most exciting thing to get at level 15, but it’s never not useful.

This is a really useful ability. At level 18 as long as the Rogue isn’t incapacitated, attacks against them will never have advantage.

If you have bad luck with the dice gods, it’s about to change at level 20.

Roll a 1 on your attack roll? Nope.
Fail your sleight of hand check? Nope.

Once per rest (long or short) the Rogue can just ignore the dice. If they missed an attack they can use this ability to say they did. If they failed an ability check they can ignore the roll and say they rolled a 20. Some players may do this anyway, but for the Rogue, it’s actually legal within the rules.

Arcane Trickster: These Rogues supplement their already impressive skill set with a little bit of magic. They’ve learned to use the cantrip Mage Hand especially well and can use it for distraction, combat, and even mischief. (See Arcane Trickster Spell List)

Assassin: These deadly Rogues can seemingly blend in anywhere. When they reappear, their Sneak Attacks do incredible damage before they melt back into the crowd.

Thief: The thief Archetype is adept at pickpocketing, traps, and quickly getting in and out of places they have no business being… unless that business is thievery.

D&D Player’s Handbook 5e
$49.95 $22.95
Buy on Amazon Buy at Noble Knight
We earn a commission if you make a purchase, at no additional cost to you.

Xanathar’s Guide to Everything

Inquisitive: These Rogues have an eye for detail. They see everything and it’ll be impossible to pull a fast one over them. They have an uncanny ability to spot deceit and can detect an opponent’s strategy simply by looking at them.

Mastermind: It’s not all about breaking into mansions or committing assassinations. Masterminds are highly intelligent and skilled at rooting out secrets. Whether it’s underneath a masquerade mask or as a spy, the Mastermind knows where all the bodies are buried.

Scout: The Scout Archetype is a mixture of Rogue and Ranger. They’re perfectly suited to creating ambushes in the forest or a dark alleyway.

Swashbuckler: Swashbucklers are exceptional duelists. They forgo heavy armor for speed and elegance with a bladed weapon. 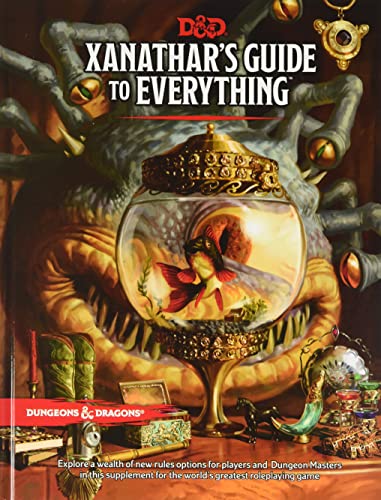 Phantom: Skulking in the dark and dealing damage can leave a Rogue close to death. Phantoms are closer than most. Phantoms have their essence so intertwined with death that they can use their connection to deal out more damage and walk a fine line between life and death.

Soul Knife: The Rogue’s tools of the trade are typically knives and lockpicks. The Soul Knife’s power comes from their mind. No, not knowledge. They have powerful psionic abilities that they use to gain information and attack their enemies. 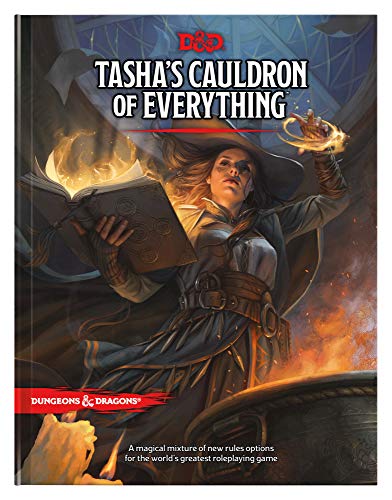 Playing as a Rogue in 5e

Rogues are a great beginner class for players new to D&D. Their abilities allow them to be both useful on and off the battlefield. As a player just make sure you don’t get bogged down trying to pickpocket everyone in sight. That usually just ends up slowing down the game.

In combat, the Rogue should always attack in melee with another party member or allied NPC. They can use their sneak attack as long as they stick with another ally.

This alone will make them super useful allies, but combine that with the Archetype, and the Rogue is going to be able to do some serious damage, lay traps, weave through enemies, and even do some nasty necrotic damage (if you choose Phantom).

Their skill proficiency is probably the highest among the classes, so outside of combat, they’ll be able to perform tasks much more easily and become an even more valuable member of the party.

We hope you enjoyed this Rogue 5e Class Guide, why not check out our Sorcerer 5e Guide or our full DnD Races List.

Best Adventure Board Games for Beginners