The Vietnam War was a brutal experience on both sides. Just as warfare changed during WWI and WWII, so too did our understanding of warfare shift during the Vietnam War.

It was a civil war, a war of ideologies, and a proxy war between China & Russia versus the US, fought with Vietnam as the chessboard. It was all of these things and so much more.

This period in time still fascinates us to this day and it can easily be seen in the number of amazing board games available. Today we’re looking at some of the best with our top five Vietnam War board games.

🏆 Our Top Picks for Best Vietnam War Board Games 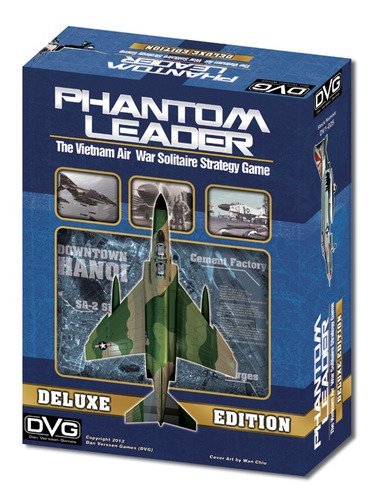 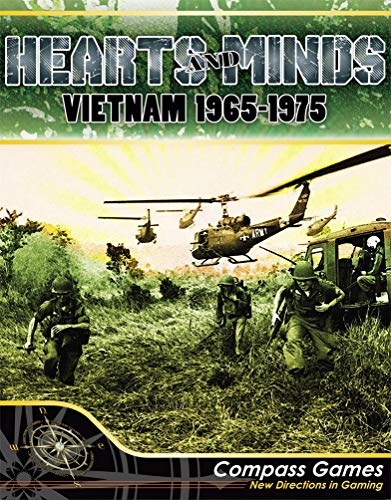 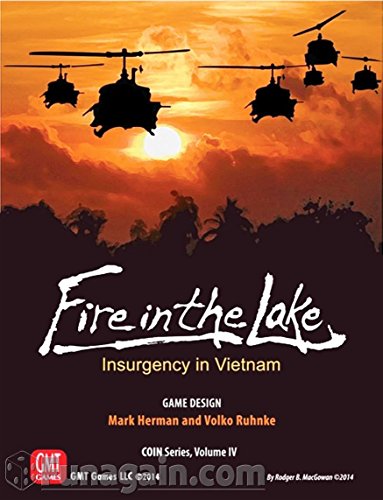 Fire in the Lake is the final game in GMT’s counterinsurgency (COIN) series. The COIN series takes a look at some of the most horrifying and tricky periods in history and looks at it with a magnifying glass.

Players take one of the 4 available factions during the Vietnam War and must deal with all aspects of the war in their own way. The most interesting part is that each faction is a team of two, but there’s still strife within each team and there can only be one winner.

The Viet Cong have to build up their forces in secret and spark a revolution that will light the countryside aflame.

The NVA has to deal with logistics and send supplies down south while keeping Hanoi safe from American aerial bombardment.

The ARVN has to balance political power and military strength with the US forces. The US can be used as a hammer to attack the north but at the cost of their own political clout and cultural power.

Finally, the American forces can flex their impressive military might, but too many casualties and support back home will force you to remove troops and pull out of the fight.

Fire in the Lake takes an incredible look at the entire war. They deal with the political quagmire, the cultural tragedy of a civil war, and the multi-faceted intricacies of the Vietnam War as a whole. If you’re looking for the actual conflict that’s as accurate as possible then Fire in the Lake does an amazing job with its rendition.

Hearts and Minds is on its third edition at the moment. The third edition improved on the ruleset, streamlining and clarifying a lot of the rules from the original. It’s another excellent portrayal of the Vietnam War that takes the game throughout all points of the war.

One of the interesting parts of the third edition is that it allows players to choose any point in the war to drop into, and can finish the game the next winter. This offers a lot more options for a quicker game (as far as war games go).

Hearts and Minds again does an incredible job with the war as a whole. Victory isn’t simply gained through having the most units in play. Whoever can balance the political turmoil, units (recruits and veterans), terrain, and the people will ultimately win in Hearts and Minds.

Phantom Leader puts players in control of either an Air Force or Naval air wing in Vietnam. The air war fought in Vietnam, just like all other facets of the war, was filled with political ideologies crashing together that affected the war. During the actual war, flight plans and bombing runs were planned in Washington DC, and limitations were set on the pilots throughout the war.

Phantom Leader represents these difficulties through a political counter system. Targets can be chosen by the player in the beginning without consequence, but as the game continues the Political Tracker is moved up and down. Popularity in the States and support for the war will eventually limit the types of targets that can be attacked. It’s, again, another balancing act that can be seen in Vietnam War board games, and in the war itself.

Attack too aggressively and indiscriminately and support is lost limiting the air wing’s options. Attack too weakly and you risk losing the war.

Originally published in the ’80s, Vietnam 1965–1975 is getting a facelift and a new updated edition is coming out in 2022. Until it hits the table, we have to look at what made the original so impressive.

Vietnam 1965-1975 dove into the thematic elements of the war head first. The massive board can easily encompass a small table and you’ll feel like a general as you manage your forces throughout Vietnam. It looks like your traditional hex-based war game, but how the troops actually interact and the political levels involved are the keys to victory.

It’s an incredible tug of war that mimics the stress and trials of trying to orchestrate your own version of the events of the Vietnam War from scratch. 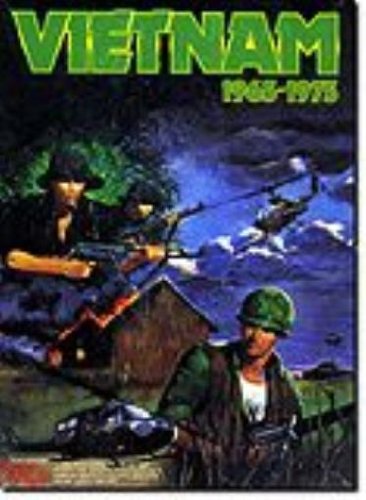 Fields of Fire is an incredible game, and some of you may be upset at me for not putting it in the top 3. The reason it didn’t score higher is that it actually covers 3 different wars instead of focusing solely on Vietnam.

Fields of Fire is a solo card game, but that doesn’t really do it justice. It manages to take a massive complex war game and compresses everything into cards and counters. It even uses a card-based dice system to simulate and randomize dice rolls. To supplement the massive amount of actions the player and AI can perform, there are dozens of handy charts to keep everything running smoothly.

Solo players will have quite the battle on their hands as they control a rifle company throughout one of the three wars. Get ready for the long war, because the average game of Fields of Fire can take anywhere between 1-3 hours. 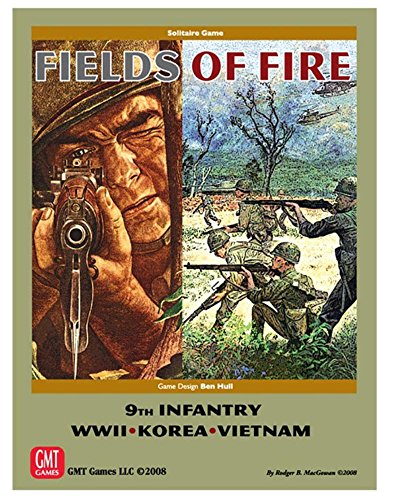 This article was a little weird for me to write because I’m half Vietnamese and my father lived through this war from the southern perspective. For those of you interested, he’s from Bạc Liêu.

In addition to this, I’m also an American Navy veteran, and my wife and I spent 5 years living in Vietnam.

I was interested to see how games approached the war, and they didn’t disappoint. This period in time is home to one of the most complex and controversial wars in recent history. The wargaming community understands this and I think designers and gamers did an incredible job portraying that.

So, to the companies, designers, and players who have painstakingly tried to reproduce the complexities of Vietnam as accurately as possible for entertainment and education, I would like to say thank you.

I hope you enjoyed the article and find something fun to play, and hopefully one day soon, war will only ever be played out on a tabletop instead of in real life.

Looking for other War Board Games? Check out our video round-up below: