The Battle of Stalingrad was arguably the most important battle of the Second World War and marked a turning point, shifting the balance of power from Nazi Germany to the Soviet Union on the Eastern Front. Such a remarkable battle is destined to inspire a multitude of board game enthusiasts and particularly those who love combat games.

The battle that spelled Germany’s doom can inspire players even today to recreate the events of old and possibly forge a new path to victory. Join the fight as communism and nazism fight to the death for the future of Europe, in the streets of Stalingrad!

🏆 Our Top Picks for Best Stalingrad Board Games 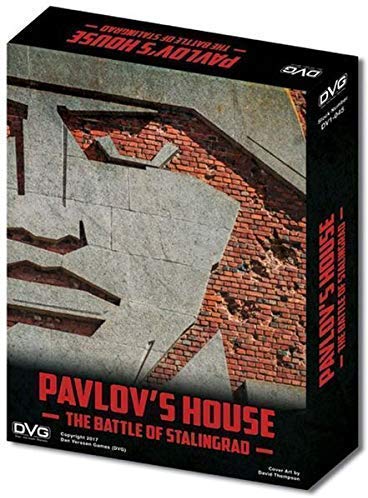 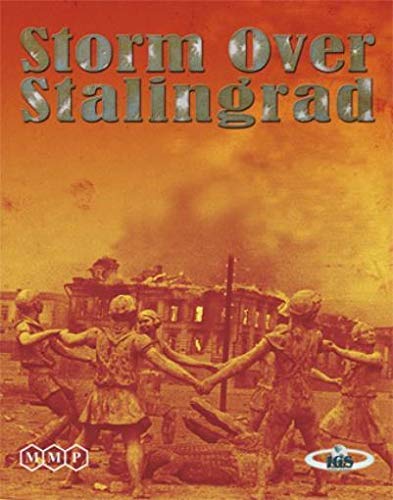 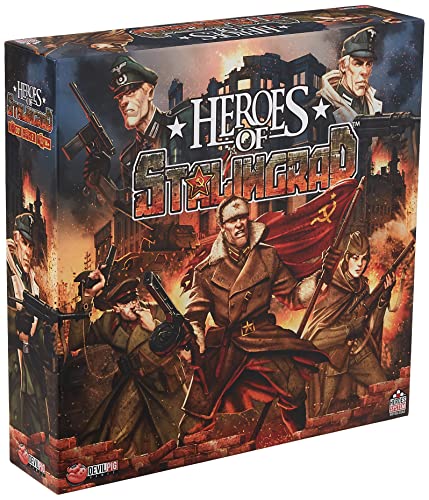 Heroes of Stalingrad is a massive game that puts players right into the besieged streets of Stalingrad. The game board itself represents the state of affairs in Stalingrad with most of the city’s buildings in various states of disrepair, bombed-out, shelled, and full of holes.

Stalingrad saw a level of close-quarters combat that has not often been replicated in history, not on this scale. The Russian side was ordered to stay as close to the Germans as possible, to avoid deadly Luftwaffe raids, bombs plunging from the sky, and spelling death and destruction for those on the ground.

All of the Soviet Union was activated and sent to fight, with mothers and children digging trenches and taking up arms at later stages of the siege. Characters available to play are numerous and one famous addition on the Soviet side is female tank operator Maria Oktyabrskaya, who famously took up her husband’s place after he was killed in action.

Special boards are also included that represent the dirtier aspects of the siege, as the Russians implemented what the Nazis called “Ratttenkrieg” or “Rat Warfare.” The local Soviet troops made good use of Stalingrad’s sewer system to harry the Nazis from all angles, even underground.

Get Heroes of Stalingrad at Noble Knight Games or check availability on Amazon.

Pavlov’s House seeks to recreate one of the many heroic scenes from the battle of Stalingrad. Pavlov’s House refers to an apartment building that was fortified under the orders of Sergeant Yakov Pavlov and sustained bombardment by Nazi forces for over 60 days.

Players can take the place of the valiant defenders on the Soviet side, or the guileless attackers of the Third Reich. The Wehrmacht sent battalions of skilled fighters to try to take the city including Machine gunners, riflemen, and panzer units, with the Luftwaffe standing by to bombard the city with aerial assaults.

Pavlov’s House adds more levels to gameplay than just having soldiers fight other soldiers. Soviet troops must also battle hunger, thirst, and exhaustion to make it through the epic siege.

Get Pavlov’s House at Noble Knight Games or check availability on Amazon.

Stalingrad ‘42 gives players a detailed look into the machinations that influenced this most epic of battles. The game board itself conjures up mental images of generals in large rooms, pushing figures across maps with perfect planning.

The game pieces and troop counters are very detailed in themselves and truly represent the wide front that the battle took place over. The board represents an area from the North Caucasus mountains in the south, to the Tatar republics in the North.

Get Stalingrad ’42 at Noble Knight Games or check availability on Amazon.

Red Factories is designed for the secret general, the sleeping MacArthurs and Eisenhowers among us. For those who have wanted to recreate ten or more critical campaigns of the battle of Stalingrad, this is the perfect game.

Campaigns can also be combined to more accurately mimic the true sequence of battle. Players can be ready to dedicate days to gameplay with some scenes lasting four or five days. Two previous games are combined to create the ultimate war game for players of Red Factories.

Get Red Factories at Noble Knight Games or check availability on Amazon.

Almost like a map, Streets of Stalingrad puts the player into the street level of Soviet and German soldiers as they battle for Stalin’s city. The game board resembles a map of the actual city of Stalingrad, with city blocks and buildings represented in beautiful detail.

Players can place and build up troops in the suburbs and neighboring cities all around Stalingrad, as well as in the city proper. The Volga river forms a natural separation in the city and allows players to bring in more troops and supplies as needed. The foliage and natural features of the surrounding countryside are beautifully represented on the map, just as soldiers in the autumn of 1942 would have found them.

Get Streets of Stalingrad at Noble Knight Games or check availability on Amazon.

Turning Point drops the player right into the middle of the most destructive battle in modern history. Players on the German side have the unique ability to rewrite history and make better choices than can advance their slide and break the Soviet resistance.

The game board is very visually appealing and helps the player keep their mind on the game and avoid distractions. The game length depends on the players and can range from two hours to over thirty hours. There are also options to invoke Sudden Death Victory, bringing the game to an end in one fell swoop.

Get Turning Point: Stalingrad at Noble Knight Games or check availability on Amazon.

Battle for Stalingrad simulates the seesaw motion of movement between Soviet and German forces as they battled for control of the Volga river. Today, Stalingrad is known as Volgograd, which helps us understand how vitally important this river was for the Soviet war effort and the defense of the country’s interior.

Game play starts off based on historical troops placements and players are given maps that show where to begin. Hexagonal spaces represent territory controlled by each side and every round represents a week of chronological time. The Russian troops are constantly supplied with trickles of reinforcements and artillery. The German side is allowed to roll the dice and bring back dead troops as reinforcements.

Get Battle for Stalingrad at Noble Knight Games or check availability on Amazon.

Stalingrad Pocket transports players into the largely German-occupied city, however Soviet resistance is fierce and the support of Italian and Romanian troops can not always be relied upon. The Germans have an advantage in the number of troops, but the Soviets understand the territory and are able to utilize the entire terrain of Stalingrad to fight back.

Players will find it easy to begin the game and those with aptitude will be rewarded by the rules of the game. Although Germany starts off strong, the Soviets have an enormous amount of reinforcements on their way which will help to repel the Nazis, unless they can manage to wrest victory from the Red Army’s vicious hands.

Operation Uranus, the massive mobilization of troops and eventual encirclement of German forces looms in the distance and the German player must succeed before the proverbial cavalry arrives.

Get Stalingrad Pocket at Noble Knight Games or check availability on Amazon.

#9. The Hell of Stalingrad

The Hell of Stalingrad differs from other epic battle games by being card-focused and presenting players with numerous scenarios that will affect and determine gameplay. Without the dice rolling system, this game can be played in one hour or about four hours if four players are taking part.

There is no gargantuan topographical map included, players must formulate the map inside their heads and rely on strategy to guide their decisions. Some momentous turns of fate in the game include the sacking of numerous generals by Hitler, arguably a demoralizing and destabilizing decision for the troops.

Numerous important figures of the battle can make appearances, such as Soviet sniper Vasily Zaitsev and German tank commander Bernd von Loringhoven. These military elites can give their sides the necessary motivation to be able to clinch a much-needed victory.

The game boards included show numerous images of flames and rubble which help keep the player’s mind in the situation of the city of Stalingrad. Players can add to the destruction by ordering Luftwaffe raids and artillery shelling on both sides.

Get The Hell of Stalingrad at Noble Knight Games or check availability on Amazon.

Storm Over Stalingrad is a compact game designed for a minimum amount of players and covers two months of the whole length of the siege and battle. Players battle for control of territory and the game ends after six turns, the player with the most territorial possessions wins.

Play cards can be implemented to change the effects of Nazi or Soviet attacks on their opponents. Attacks that should have spelled doom for either side can be rendered ineffectual and may serve to shift the balance of history. The German player has the chance to succeed but only if they give no room to the Soviets to achieve victory.

Get Storm Over Stalingrad at Noble Knight Games or check availability on Amazon.

Stalingrad was one of the most important cities and Stalin ordered troops to not give up any ground. Only the siege of Leningrad could rival this vital moment in World War II history. German troops assumed they were unstoppable and could push, unopposed, as deep into Soviet territory as they wanted. The golden shining prize for the Nazis was the oil-rich shores of the Caspian Sea in present-day Azerbaijan.

We hope you enjoyed our list of the best Stalingrad board games! Have you tried any of the games on this list? Did we miss any of your favorites? Drop a comment below and let us know what you think! We’d love to hear from you.

PrevPreviousBest Board Game Tables
NextBest Get to Know You Board GamesNext

Raiders of the North Sea Review