Does standing on a castle wall, staring down at legions of adversaries gathering and plotting your doom sound like a good time? Are you excited to shoot arrows, build defenses, and pour boiling oil on all who challenge your tower’s strength? Well, check out this list of the top ten best siege board games.

Each one of these games will put your tower defense abilities to the test. Some of them are cooperative, and some of them will pit you against your friends. All of them will fulfill your need for siege.

🏆 Our Top Picks for Best Siege Board Games Stronghold is a two-player castle defense game. The second edition offers streamlined rules and improved artwork and game pieces. The stylized gameboard shows a castle and the surrounding area.

To sides fight against each other for control of the castle. One must defend while the other attacks. You and your opponent must use every opportunity to ensure victory.

The Invaders are a motley crew of orcs, goblins, and trolls. They will use their war machines, soldiers, and black magic rituals as they make a charge toward the tower.

The players that occupy the castle must mount a heroic defense. They use card-based actions to reinforce the walls and protect the towers. They have seven rounds to train soldiers and plan their strategy, and then the battle begins. May the strongest side win. Stronghold (2nd Ed)
$86.24
Buy on Amazon Buy at Noble Knight
We earn a commission if you make a purchase, at no additional cost to you.

Dawn of the Zeds (3rd Edition)

Imagine a small town with everyday problems — tacky welcome messages on the town sign. Kids are going for first dates in the local diner. The local government officials practice nepotism.

Then one day, the locals wake up to find the school teacher Ms. Minerva has changed her passion from reading, writing, and arithmetic to… hands. Eating hands, to be more specific.

In Dawn of the Zeds, you are the protagonist in this tale of zombie woe. You must coordinate your fellow townspeople and fight off the encroaching hordes of those individuals suffering from “Zombie Epidemic Disease” or ZEDs.

Keep the ZEDs out of the town square and work your way through the event card deck. You win when the deck runs out. But the zombies are on the move. Try to hold your townspeople together and prevent chaos!

Dawn of the Zeds (3rd Ed)
$99.00
Buy on Amazon Buy at Noble Knight
We earn a commission if you make a purchase, at no additional cost to you.

Cloudspire takes place in the air in the floating land of Ankar. This game has solo, co-op, and competitive scenarios. But they all have the same goal, defeat your enemies before they can smash through your defenses.

You must access the mysterious source of energy. Players choose from four factions with different movement patterns, army compositions, and fortress upgrades. You have three types of playable elements: solo heroes, cooperative units, and spires who don’t move.

Cloudspire is a beautifully created and mentally challenging game. All the attack and defense pieces must be used strategically to properly command your forces, maintain health points, collect source energy, and bring down your opponents.

Cloudspire
$149.95
Buy on Amazon Buy at Noble Knight
We earn a commission if you make a purchase, at no additional cost to you.

The people of Dragon Valley spend their days building up defenses, trading materials, and preparing for the inevitable onslaught of orcs, goblins, and flying lizards.

Players take turns at the beginning of each round collecting supplies and preparing for the upcoming battle. At the end of every round, players set up their defenses.

In this tabletop tower defense game, the player who goes first divides the building tiles, character cubes, and action cards into piles depending on the number of players. Players choose their stacks and set up their defenses.

Seems fair, right? But be on the lookout for the sly dealings of your so-called friends. Be prepared for anything! Attackers will soon arrive with battering rams ready to test the limits of the player’s fortifications. Dragon Valley: Rise of Corundia
$60.00 $43.00
Buy on Amazon Buy at Noble Knight
We earn a commission if you make a purchase, at no additional cost to you.

In Ghost Stories, you and potentially three of your friends play as Taoist monks working together as a group to fight off legions of attacking ghosts. You must exorcise the ghosts using the power of friendship!

Ghost Stories is a cooperative game. All of you monks must work together to oust the villainous spirits and defeat the Big Bad Evil Guy, Wu-Feng.

The monks collaborate to help villagers or exorcise ghosts. Each ghost has unique abilities that may affect the monks in various ways. To exorcize each ghost, players must roll dice that match the resistance shown on the ghost card.

You may also use your Tao resources with matching colors to supplement your dice rolls. If you can do this, the exorcism succeeds. If not, the spirits continue their rampage.

There is one way to win but many more ways to lose.  Protect the villagers, gain special powers based on the types of ghosts you defeat, and try not to die! Ghost Stories / Buy on Amazon Buy at Noble Knight
We earn a commission if you make a purchase, at no additional cost to you.

Defenders of the Realm

Monarch City calls out for a hero! Will you be the one to answer?

Defenders of the Realm is a cooperative city defense game. Players choose a class, Eagle Rider, Cleric, Paladin, and many more. They then defend against a series of color-coded bosses.

Keep the bosses out of the center to maintain control of the city. Be Vigilant. Each boss has minions that also need defeating.

Defend against orcs, demons, dragons, and the undead. Fight the foes by rolling dice to attack enemy forces. The approaching armies can appear in many locations on the game board.

Players draw hero cards that grant benefits and unique abilities, and darkness spreads cards that add combatants to the board. Create and strategy and protect the City. Defenders of the Realm
$234.99
Buy on Amazon Buy at Noble Knight
We earn a commission if you make a purchase, at no additional cost to you.

The Captain is Dead: Dangerous Planet

You have crash-landed on a mysterious planet. Your captain, a nice guy, tried to negotiate with the nasty bugs there. Their leader graciously bit his head clean off.

Now you must explore the area and defend against the amassing hordes of hungry bugs. Would you like to know more?

The crew has found an alien artifact and believes it may be the key to your escape. Search the nearby tunnels for additional artifacts while maintaining the integrity of your ship.

Each crew member has different abilities and attributes. Balance your actions as the threat increases.

Can you make it out alive?

The Captain is Dead: Dangerous Planet Buy on Amazon Buy at Noble Knight
We earn a commission if you make a purchase, at no additional cost to you.

Win or lose together in Castle Panic. Players will have to rely on each other to defend the castle from the onslaught of monsters from the forest. Players must attack monsters, trade cards, and keep their towers upright.

As the monsters move out of the forest, use different attack cards to prevent the monsters from reaching your towers. Match the cards in your hand with the locations of the monsters on the board and take them out.

The monsters are always on the move. Make sure to plan carefully to prevent them from taking down your walls and destroying your fortifications. This game is cooperative, so each player should use their cards in the best way to defend the entire castle. Castle Panic
$34.99 $31.38
Buy on Amazon Buy at Noble Knight
We earn a commission if you make a purchase, at no additional cost to you.

A group of heroes has returned to the Bastion of the Ancient Kings. They have stolen the relics of the Baleful Queen. Now weakened, the undying sovereign is throwing everything she has at the Last Bastion to return to full strength and bring chaos to the world.

Players must take on the roles of heroes to defend this ancestral town against the swarm of monsters sent by the Baleful Queen. The heroes must work together to defeat all monsters and one, two, or three bosses, depending on the chosen difficulty.

During each turn, heroes play a card, move, and take action. Role dice and use resources to fight enemies. The game is fully cooperative. Help your heroes and preserve the realm. Last Bastion
$54.99
Buy on Amazon Buy at Noble Knight
We earn a commission if you make a purchase, at no additional cost to you.

B-Sieged: Sons of the Abyss

The mighty heroes of Modhelm have come together to defend the citadel.  They must hold on until the messenger returns with the magical artifact that will send the monstrous attackers back to the Abyss from whence they came.

Players must work together to keep the enemies from breaching their walls.

B-Seiged: Sons of the Abyss is a cooperative game. Players trade cards, share resources, and gather intelligence. This game will test your strategy skills. You must repel the attacking armies for 12 rounds, equal to four seasons.

Work together to hold out until the messenger can return or meet your doom on the citadel’s walls. B-Sieged: Sons of the Abyss
$99.99 $69.98
Buy on Amazon Buy at Noble Knight
We earn a commission if you make a purchase, at no additional cost to you.

We hope you enjoyed our list of the best siege board games! These tower defense games test the mettle of even the strongest defenders and require cooperation between players to survive!

Have you tried any of the games on this list? Did we miss any of your siege or tower defense favorites? Drop a comment below and let us know what you think! We’d love to hear from you. 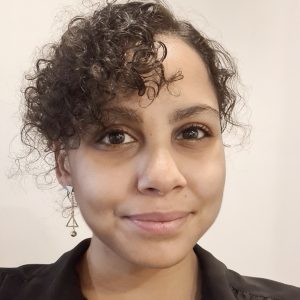 Cloudspire
$149.95
Buy on Amazon Buy at Noble Knight
We earn a commission if you make a purchase, at no additional cost to you.