The year is 1642 and England, indeed the entirety of Great Britain is rocked by political and religious upheaval. Forces loyal to King Charles I are pitted in conflict against the forces of Parliament, eventually spearheaded by future Lord Protector Oliver Cromwell. This time in history marks one of the most radical periods of British history and includes the only time in documented history where England was not a monarchy.

Oliver Cromwell certainly was not an enlightened democratic ruler, more like a dictator, but he oversaw the only republican government ever on the island. Cromwell was a religious as well as political extremist and forced his Puritan beliefs on the English masses. Although his term was short, he had a profound impact on British history. Allow us to present to you our list of the best English Civil War board games and bring the era to life before your eyes.

🏆 Our Top Picks for Best English Civil War Board Games

#1. This War Without an Enemy

Designed for two players, This War Without an Enemy is perfectly designed to pit the forces of King Charles I against those of the Parliamentarians. The map is beautifully laid out to show topographical features of England and Scotland, although most of the gameplay takes place in the southern part of the island.

This is a card-driven block-style wargame and the scenarios given in the cards are perfectly crafted to represent real events of the age. Players can inflict casualties upon the enemy side by playing a “Camp Fever” card, which renders Cavalry or Infantry blocks temporarily at half-strength.

Other play cards can help to fortify cities once they have been taken by the Royalists or the Parliamentarians, otherwise known as Roundheads. Controlling the major cities gives players Victory Points and capturing the King is possible as well. “This War” is a stunningly designed game that will inspire all history and board game buffs.

Get This War Without An Enemy at Noble Knight Games or check availability on Amazon.

King Charles I had many reasons to be unhappy. Parliament rebelled against him, the English nobility were split down the line, some siding with the Roundheads, some with the King. Even Scotland was not happy with the King and sent troops into England to unseat him. Eventually, King Charles’ unhappiness would culminate with him unceremoniously losing his head before crowds of onlookers in London Town.

Story Cards give color and vibrancy to the game and the alliances between the two sides can switch back and forth to support the King or Parliament. Regions and nobility that side with the King can give Charles the advantage he needs to survive the Civil War. Focus is given to the battles happening in England and Wales, whereas many games only focus on the events in England and Scotland.

Get Unhappy King Charles at Noble Knight Games or check availability on Amazon.

Cruel Necessity is a solitaire game, designed just for one player, one member of the Parliamentary side, trying to stave off King Charles’s army and save Puritanism and representative democracy. At least, that is how Oliver Cromwell viewed the situation.

The game is aptly named since Cromwell is reported to have called the execution of Charles I a “cruel necessity,” however others called it regicide. Considering regicide means “murder of a king” I suppose it could be the appropriate term!

In this game, players have the chance to view the course of events as they transpired across the British Isles, in England, Scotland, Wales, and Ireland. Oliver Cromwell is still reviled by the Irish so please avoid praising the former Lord Protector while visiting Dublin.

Get Cruel Necessity at Noble Knight Games or check availability on Amazon.

This Accursed Civil War is a boon for history buffs as it gives players the chance to recreate the great battles of the English Civil War. To be fair, there were three eras of the Civil War, and the first, featured the Scottish Covenanters on the side of the Parliamentarians and Oliver Cromwell.

The Scottish Covenanters were Protestant believers who were disappointed with the religious settlements proposed by the Stuart Kings, from James I to Charles I. When Charles I married a Catholic princess, more doubt was cast upon his actual commitment to protestant theology.

The Battle of Marston Moor is highlighted in this game and shows how the King lost the support of Scotland and the entire North of England for good. The King would never again be able to draw support from the North as the lords of the North were clearly on the side of Parliament.

Get This Accursed Civil War at Noble Knight Games or check availability on Amazon.

The King’s War differs from other games mentioned by focusing on the First segment of the English Civil War, which occurred from 1642-1646. The balance of power between the Monarch and Parliament was hotly debated among the populace of the time.

The king was a firm believer in the “divine right” of kings and wanted to be able to levy taxes without the consent of parliament. Parliament was skeptical of the King because of the seeming depth of his desire to exert total control over all matters of state.

The King’s War gives a detailed view of the events of the First English Civil War and shows players how each town, garrison, and fort was used and strengthened. The game board shows how many troops to station in each place.

Get The King’s War at Noble Knight Games or check availability on Amazon.

English Civil War emerges as one of the easiest games to start on the list. Based on the First English Civil War, the game is played by using counters moved across the map of Southern Britain and points calculated based on the areas conquered.

Game pieces are broken down by infantry and cavalry and include men for the Scottish, Royalist, and Parliamentarian camps. The game board itself is simply laid out and helps players remove some complexity associated with other war games. An expansion is available that will follow the events of the war on Scottish lands as well.

Get the English Civil War at Noble Knight Games or check availability on Amazon.

Royalists and Roundheads gives players the unique opportunity to take part in one or all of four battles that substantially impacted the English Civil War. “Roundheads” was another term for the Parliamentary forces, and they were so named due to the round shape of their haircuts, which probably looked a bit like an old-timey bowl cut.

The board is laid out in a very traditional manner with gameplay taking place across a map of Britain divided into small hexagons. Each hexagon can be captured either for the Royalists or Roundheads and adds to their total points leading to eventual victory.

In opposition to the Roundheads, stood the “cavaliers,” so named because Royalist troops were often mounted. Although the King’s forces faced defeat in the Civil War, they relied on very well-trained troops and experienced optimistic victories at the beginning of the conflict.

Get Royalists & Roundheads III at Noble Knight Games or check availability on Amazon.

Musket & Pike is a traditional hexagonal-based board game, much like a classic battle board game, with a relatively analog gameboard, representing the British Isles. Portraying itself as a historical simulation game, Musket & Pike is designed for the true secret general, wanting to follow in Oliver Cromwell’s footsteps.

Players can recreate a wide range of battles, from those during the English Civil War to even those that occurred years later, such as the Battle of Killiecrankie in 1689. This Battle occurred in Scotland and, rather ironically, was an attempt by the Scottish to restore James II and VII to the throne, after he was overthrown.

The 17th century was a tumultuous time in English history and the religious questions of the reformation, as well as the role of the monarch, continued to lead to unrest and upheaval.

Get Musket & Pike at Noble Knight Games or check availability on Amazon.

We hope you enjoyed our list of the best English Civil War board games! If you love tactical wargaming and you love history, these games are right up your alley! Have you tried any of the games on this list? Did we miss any of your favorites?

Are there any other time periods you’d like us to cover in the world of board games? Drop a comment below and let us know what you think! We’d love to hear from you. 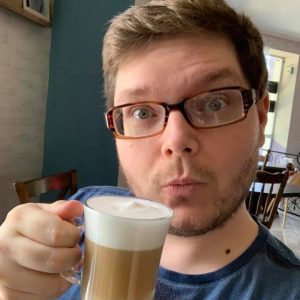