Are you tired of your game nights being dominated by the token winner who always sweeps the table? Or possibly you have a sore loser on your hands? Good news for you! You win or lose together in these beginner-friendly table toppers.

Whether it be saving civilians from a fire, suiting up as Hogwarts alumni, or getting lost in the desert, we got you covered with the best cooperative board games for beginners.

🏆 Our Top Picks for Best Cooperative Board Games for Beginners 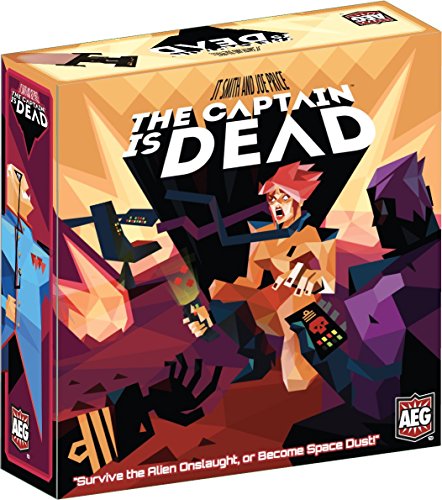 The Captain is Dead
The Captain is Dead offers a higher player count than most cooperative games with a cap of 7. All you have to do is start up the reactor. What could possibly go wrong? Quite a lot actually... especially if you don’t work together.
$49.99 $39.16
Buy on Amazon

Forbidden Island
Forbidden Island is the perfect introduction to cooperative games. It offers variable player powers, beautiful and quirky components, and challenging gameplay. It’s easy to learn, but still manages to provide several levels of challenges for players of all ages.
$19.99
Buy on Amazon

Pandemic
Teamwork makes the dream work here. Pandemic is a classic for a reason. It starts tense, then quickly spirals out of control as the deck is milled away and viruses explode across the board. It’s an amazing game that’s easy to lose, but that makes victory so much sweeter.
$44.99 $33.50
Buy on Amazon

The hordes are coming and your realm is not safe without you! You and your fellow players must band together to stop the enemies from destroying the castle, ruining the future of your kingdom. Five dangerous quests are presented to you all, in which you must rise and conquer to move forward. Manage your resources, team, and priorities wisely or you might lose everything.

The game is played out with five different scenarios and one player pick. Every scenario completion triggers a new legend, changes the game, and adds new objectives to work around. If you can balance all these dice rolling/campaign components, while fantasy creatures approach the castle, then you stand a good chance of saving your realm!

Four new diseases are threatening the Earth, growing out of control, spreading rapidly without source, can we contain them? Your team will work together to slow the spread, build research centers, and travel around the globe curing disease outbreaks to the best of your abilities.

Each turn you are allowed four actions: traveling, treating, discovering, or building. Within the team, your different occupations contain special abilities. Use these cooperatively and flex on your strengths to beat the board. Scientists are able to cure a disease with fewer cards, but the Operation Expert must build a research station in order to find a cure first.

Pandemic plays on operational management, movement, and hand strategy to solve problems quickly. Things might be looking up until an “Epidemic!” card comes up in the deck, then panic ensues as target hotspots intensify the disease spread.

#3. The Crew: Quest for Planet Nine

Brace yourself, you’re going to space! Craft a crew of up to five players, four is ideal, two is just okay. The only way up is by winning tricks ideal for your position. The game will offer up to 50 different scenarios, amongst your crew you need to play in a calculated fashion to win or lose the trick.

If pressure isn’t your thing, you’re not cut out for space, orrrrr your fellow players. Playing the wrong card can cause a team loss. This game is compared to “The Mind”, but a bit riskier. It has a new twist on card trick-taking cooperation, with high replayability, good team progression, and a quick learning curve.

This game is like Pandemic… but on fire. Flash Point provides a different narrative by entrusting your team to save victims from a fiery end. Snag your fire suit, team attitude, and get ready to bust some walls, rescue some civilians, and think in a flash!

Flash Point offers two gaming experiences: basic and expert. In both gameplays, you will rush to the aid of 7-10 victims while outracing the growing infernos. Action points are the currency to move throughout the structure, extinguish fires, move victims out, and station emergency vehicles.

The game is over if 4 victims pass away in the fire, or completed successfully when 7 victims are rescued. If you find this too easy, the expert variant adds fuel to the fire with special combustibles and difficulty adjustments. 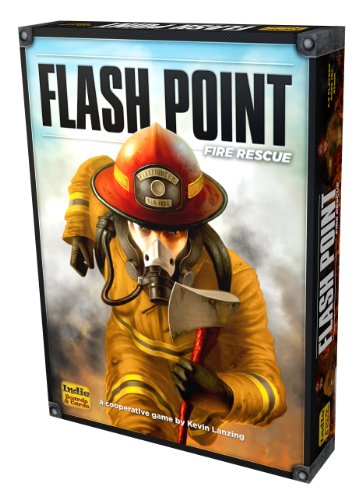 #5. Escape: The Curse of the Temple

It will take you longer to read the rules than it will take you to possibly escape the cursed temple. If you are not out of the doomed temple quickly before it collapses, you are ancient history.

No temple trespass is complete without an edgy audio track; Escape: The Curse of the Temple comes equipped with a CD to keep time for entering the hidden rooms and returning to base. As you traverse the area, all players roll dice simultaneously to trigger movement, access treasure, or grab gems. Rolling the right actions is all luck!

Gems will increase actions, making the game easier for you to escape. Once the exit tile is revealed, it is a mad dash to roll your way out of the temple. However, even if you do escape — the game is not considered a win unless everyone escapes by the third countdown. Community win, community loss — it’s a temple curse.

Every fearless explorer knows we cannot leave the ancient treasures behind! The island is sinking rapidly so you and your fellow adventurers need to act fast to find all four sacred relics before the tide rises above sea level. Every step you take can uncover the past or accelerate the sinking.

Forbidden Island is praised for its gameplay, board art, and components. Every turn is a chance to move around the island as tiles sink around you. The more tiles disappear, the smaller the play area.

Cooperatively find ways to reduce the sinking, gather your riches, and set sail before you drown in high tide. Every character is assigned a special ability to help progress, and the choice of difficulty is up to you!

Long ago, people spoke of a famed flying machine being forever lost in the desert, buried by sand and coming storms. Now, it is up to you to find it. Grab four others to set foot in the dense heat, unforgiving sandstorms, and find the pieces to history.

Forbidden Desert is a sequel to Forbidden Island, with a whole new set of working parts. Unfortunately for you, there is no pilot amongst your bunch, so the only way out of your helicopter crash landing is through the sandy wasteland. It gets tricky since the tiles are constantly shifting with new sand covering your footsteps. If the sandstorm overtakes your team, it will blow you to the outer borders or worse; bury you alive.

All the tiles in the game cause an action, and these actions could hurt/help you depending on your luck of the card deck. Manage your water supply wisely so you do not perish from thirst, and rush to escape in the legendary flying discovery before the sun overtakes you all.

Yer a wizard Harry! Don a wand and suit up as Harry, Hermoine, Ron, or Neville to protect your wizarding academy from the dark lord’s forces.

The gameplay is all about building influence to acquire more characters, spells, and magical items. The cards give life, fighting abilities, or hold enemies in a defensive purgatory.

He Who Must Not Be Named will throw henchmen at you and your friends with wildly deeds to disrupt your defense, and cause chaos. Since you all have unique, strong wizarding abilities you stand a good chance at overpowering the Dark sorcerer and his black magic. When is a good time to play this game, you might ask?

No Sherlock squad is complete without a few Holm-ies. You and your fellow detectives each are assigned a special mystery to solve by exploring the streets of Old London! Will you face the Napoleon of Crime, Professor Moriarty himself?

This gameplay in Consulting Detective is very interactive, allowing you to interview witnesses, scout the news for clues, and assemble evidence to solve the mysteries of the century. This deduction-based game has many variations, new cases, and a constant battle of your mind.

Since it is more of a solo, story-telling experience, you will be sure to get some laughs as you interrogate the local drunks on the locations of missing relics. You will be playing against Sherlock Holmes as well as your opponents, so best bring your best mental reasoning!

Picture this, you show up to work on your sci-fi TV show set, only to find it has been ambushed by a killer alien crew who murdered your Captain. The show MUST go on, so cut your losses and work together to hack into the vessel’s engines to get your ship back on the air.

The alien ship is fast approaching, but we prepared for this by packing it with different systems for defense and attack. As we turn on the defenses, the aliens work to take us offline. Use your cards to grow action points, move deeper into the ship, and try your best to coordinate, keeping systems online while fighting off the impending other-worldly threats.

Each role in the group is tasked with a key ability, so no one can win alone. They might have killed your captain, but this ship isn’t going down without a fight!

We hope you enjoyed our list of the best cooperative board games for beginners! Getting started in the board gaming hobby may seem intimidating at first, but with these easy-to-learn games that foster teamwork and cooperation, it couldn’t be easier!

Have you tried any of the board games on this list? Did we miss any of your favorite co-op games? Drop a comment below and let us know. We’d love to hear from you!