Board games can carry so much wisdom and inspiration. Such games can indeed help you improve analytical and strategic skills along with logic, communication, and teamwork. However, there is also one more thing it can teach us.

Board games are perfect tools for developing creativity and improving writing skills. Indeed, some games can show us how to enhance our writing abilities while playing. Here are a few examples of such games.

This cooperative game is everything a player needs to immerse themselves fully in the world. The game can last 2 to 5 hours, depending on the plot and the number of players. During this time, players will travel across the world multiple times. They will witness unusual and paranormal events, fight monsters, chat with strangers and make all kinds of discoveries in their attempt to save the world.

The game put a strong emphasis on the plot, character building, and settings. Each character’s move is the result of a plot twist or new events on the map. With every unpredictable event, we learn more about the new world and our character’s skills and abilities. So, the longer you are playing, the more engaged you are in the game.

Such a board game is everything an aspiring writer can wish for in a hobby. First, the events of this game are inspired by H.P Lovecraft novels. Thus, these books give structure and a sense of literary horror to the game. Secondly, players need a good imagination and the ability to immerse themselves in fictional words to play this game well. Hence, young writers get to practice those skills while also observing and participating in the masterpiece that is Arkham Horror. Arkham Horrow (3rd Edition)
$79.99 $63.99
Buy on Amazon Buy at Noble Knight
We earn a commission if you make a purchase, at no additional cost to you.

Spirit Island is a game to convince you of the existence and beauty of magic. This game is set on virgin islands untouched by civilization. Unfortunately, it will soon have to change since the first conquerors approach its borders. Players take on the roles of the spirits on the islands. Each spirit guards specific areas of the island, like water or forests. Your goal as a spirit is not to let the conquerors win and take over the island.

This game is one of the highest-ranked board games on the market right now. A big reason why it’s so popular is the plot idea and its execution. We engage in the fight between the natural powers and colonial empires, trying to protect our land and the people on it from invaders.

Is it worth your time? Absolutely!
Does it inspire you to think of similar events that actually took place in the past? Most certainly.

It’s a fun, beautiful, and exciting game to play with your friends while pondering how life would be if magic could protect our land from invaders. In fact, it can even inspire you to read some of the speedy paper reviews and order a paper on colonization from professional academic writers. Spirit Island
$89.99 $71.99
Buy on Amazon Buy at Noble Knight
We earn a commission if you make a purchase, at no additional cost to you.

It’s the peak of the Cold War. The West and the Soviets are fighting to establish dominance. Two players will determine the destiny of the world. In their hands are all the powers they can build to spread their influence to the most distant corners of the political arena.

It’s one of those games that can be played for hours and still be captivating and engaging. It teaches you to think two steps ahead while also keeping your finger on the pulse of the action.

Sure, Twilight Struggle is an older game yet, it’s still one of the top-selling games and is still high in demand on the market. That alone tells a lot about the quality of the game.

So what can young, aspiring writers learn from that game? Well, pretty much everything. It will teach writers to think strategically and analyze each potential scenario when drafting a plot development. It accurately shows how one decision can change the course of the game. Not to mention, it has perfectly written game mechanisms, cooperation of multiple elements on the map, and a warfare atmosphere.

Overall, this game will tell you how the Cold War began and where it leads. It’s also a perfect game for students to learn more about that odd, fascinating, and terrifying period in our recent history. Even students who usually say, “I’d rather pay someone to do my homework on history than do it myself,” would be in love with this gameplay.

Twilight Struggle
$64.99 $54.88
Buy on Amazon Buy at Noble Knight
We earn a commission if you make a purchase, at no additional cost to you.

Board games can be much more than a simple pastime activity. They can teach, inspire, and motivate us to create. Each board game is a whole new world to explore. You can learn from it and learn based on it. Hopefully, these three games will show you how diverse, beautiful, and creative board games can be. So choose your game and have fun! 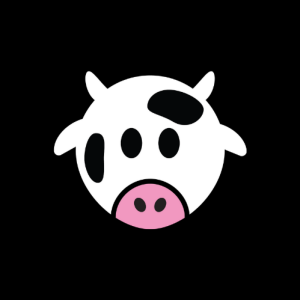 Best Board Games for 6-Year-Olds

Arkham Horrow (3rd Edition)
$79.99 $63.99
Buy on Amazon Buy at Noble Knight
We earn a commission if you make a purchase, at no additional cost to you.