Best Board Games for College Students

If you want to ruin friendships, blow up kittens, become a detective, or laugh until you die, these board games are perfect for any old-school college game night. You have a choice from any genre, any sort of time limit, and a wide range of player numbers, there is something here for any type of vibe.

Find the best board games for college and university students below.

Our Top Picks for Best Board Games for College Students

Codenames
Codenames is perfect for a college shindig. The rules take less than 5 minutes to explain, and it’s easy to jump in and start having a good time.
$19.95 $15.89
Buy on Amazon 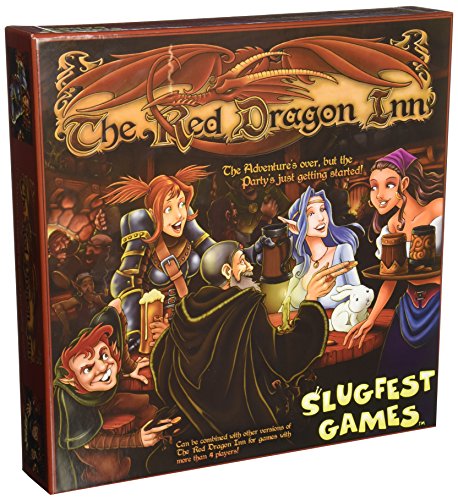 Red Dragon Inn
Red Dragon Inn is the perfect balance of party games and drinking games. It’ll have everyone laughing, gambling, and shouting 'cheers' throughout the night.
$37.99 $31.00
Buy on Amazon

If you feel like capitalizing and building your empire, there is no better place to start than with Catan. You might initiate a few fights when picking the starting location for your settlement, but then after it’s everyone for themselves.

You will have to trade sheep, rock, brick, hay, etc. to try to build roads to ports and build up your civilization before your friends. This game is best played with 3-4 players, or enemies.

YOU MAY ALSO ENJOY: CATAN EXPANSIONS | BOARD GAMES LIKE CATAN

If you’re feeling like rounding up a bigger group of pals for some political rivalries, Secret Hitler will divide the parties for sure! Divided liberals and fascists will compete to find the player who is secretly Hitler, and the game is won by enacting enough policies that support one of the political sides. If you’re a political science major, you got this one in the bag!

Perfect for parties, perfect for feeling out how dirty-minded (or not) your friends are, Cards Against Humanity is a cult favorite. Similar to Apples to Apples, but make it adult, this game will have you in fits of laughter, and you will learn a bit too much about your co-players. This game can be played anywhere, at any time, but the more beers the better!

Cards Against Humanity
$29.00
Buy on Amazon

#4. Deception: A Murder in Hong Kong

For those who don’t last that long in the bedroom (playing games of course), this is perfect for you. Deception: Murder in Hong Kong has a 20-minute gameplay of murder, mystery, lies, and confusion.

The murderer must stop the forensic scientist from convicting them of the crime, meanwhile, the scientist must help the crew of investigators piece together the scene. You can play in a small group or big group. Are there any forensic science majors here?

If you’re good at social media stalking, then you’ll love this one. Codenames is a spy game, for four or more players and work by a spymaster operating the tables and giving a word and numerical clue to their team.

You must be careful not to reveal a card/agent of the opposing team, or even worse — end the game by revealing the one and only assassin.

YOU MAY ALSO ENJOY: BOARD GAMES UNDER $25 | CODENAMES: DUET REVIEW

If you’re too much of a baby to watch a mystery movie, and would rather live it instead — look no further than Sherlock Holmes: Consulting Detective. This gameplay is a bit longer, more in-depth, and can be played with a range of 1 to 8 players.

You will have many tasks: interviews, clues, visits to crime scenes. The good thing about this game is that you won’t be shouting at each other at the end because you must work together to solve the case!

We all dream of riches right? At least I did in accounting class. Dominion (and its myriad expansions) can turn your imagination into reality as you make your way from rags to riches in this deck-building empire gameplay.

It will challenge you as you compile points, resources, and allocate them to build the best empire in the surrounding lands. If you love the original base game, there are so many amazing thematic expansions to try in this variable set-up, Mensa Select card game.

Did Cardi B WAP before Drake was in his feelings? If you know the answer, this might be your game. Using historic event cards, you must put 10 in a chronological timeline in order to be the top dog.

Gameplay depends on how much history you know, or don’t know. Play with up to 8 players if you wanna learn a lot in one night! 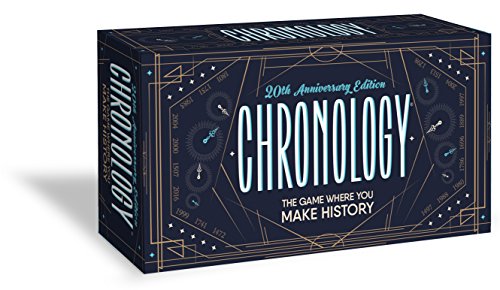 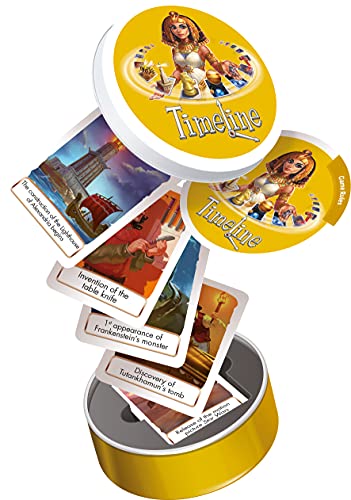 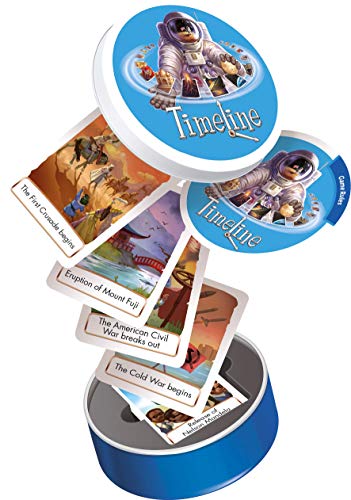 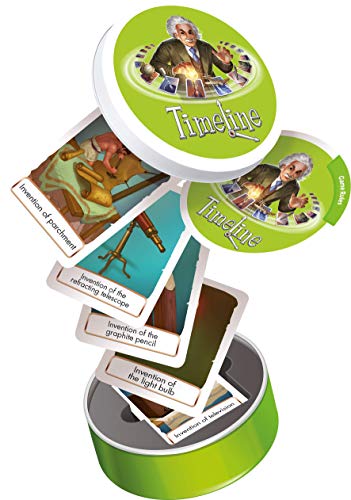 Similar to my freshman year, The Red Dragon Inn is all about being good with your money while getting as viciously drunk as possible. You and your companions just returned from a long and difficult adventure slaying monsters and now is the time to party!

The goal is to end up the most conscious and rich at the end of the night. Good practice for real-life, hey?

Think Kittens + Explosions + Russian Roulette party games. Exploding Kittens from the legendary creator of The Oatmeal is a quick and fun game where you must avoid getting an exploding kitten or you LOSE!

You will have some cards from the deck to help you or blow you up, so get your claws ready! 2-5 players are purr-fect for this game and super portable as it’s a card game!

YOU MAY ALSO ENJOY: TRAVEL GAMES | BEST CARD GAMES OF ALL TIME | 5 GAMES LIKE EXPLODING KITTENS

We hope you enjoyed our picks the for best board games for college students and other recommendations! Have you tried any games on this list? Do you know of awesome university board games that we missed? Drop a comment below and educate us.

Looking for more Funny Games to play? Check out our video below:

Gloomhaven: Jaws of the Lion Review