The ancient civilizations had rich mythology and advanced technology to achieve feats that have been unimaginable for millennia since. From the Pyramids of Giza to the Hanging Gardens of Babylon, players will race to complete their wonder and bring glory and eternal fame to their city!

7 Wonders is best described as a card draft and management game with engine-building elements. The game is divided into three ages (rounds) each with its own deck of cards.

There are two versions on 7 Wonders, the original released in 2010 and the revised edition released in 2020. The new edition brings balance changes, artwork redesign, and removes the 2-player mode. In this review, I’ll focus on the 2nd edition exclusively, as I have not played the original.

The goal of the game is to score the most victory points, which can be achieved by building your wonder, raising military power, civilian structures, scientific research, etc. Throughout the game, you’ll interact with the players to your sides, either through trade, combat, or sabotage.

The game can be played by 3 to 7 players, but the best experience can be had with a party of 4 or 5. With a playtime of just 30 minutes, 7 Wonders can be played several times or as a filler while the group gathers to play a longer game. It’s not a complicated game but it’s enjoyable to all types of players, making it a perfect family game.

There is no game board in 7 Wonders — instead, each of the players receives a wonder board. The boards may be oversized, but the quality of the design deserves to be displayed on a larger piece of cardboard. One side features the wonder during the day while the other shows a view during the night, which is a really nice touch.

The cards have a very clean layout with the art style taking up most of the space. There are only a few symbols per card that are actually prevalent in the gameplay, and they’re clearly visible without obstructing the artwork, and allow for card stacking to make the playing surface more compact.

The rulebook has a very clean design and it’s one of the better-organized rulebooks I’ve seen. The reference sheets will come in handy to remind players how the mechanics work and save you the trouble of flipping through the rulebook.

The punch-out coins and combat tokens are the last of the components and fit well into the theme. Aside from the slippery card backsides that make it harder to stack them like a solitaire, I’m quite satisfied with the quality of the components, especially the artwork.

How to Play 7 Wonders

7 Wonders is a very approachable game and it can be learned in 10 minutes. After the first couple of games, you’ll have a very good grasp of the tempo and what the game expects from you. In this section, I’ll give you a brief explanation of how it’s played.

Players get 3 coins each, pick the wonder boards at random and choose whether to play on the day or night side individually. You can also distribute the wonders in any way you’d like and create your own distribution rules.

7 Wonders is played over the course of three rounds, or “ages” as they’re called in the game. During the game, you’ll have to pay attention to your neighbors — the players directly to your left and right.

The cards you play provide you with certain resources. As you progress through the ages, higher-tier cards will become available, but you need to fulfill the purchase requirements.

At the start of every round, the players are dealt 7 cards each to play over the course of 6 turns. However, you will not get to play all the cards from your hand, as the turns progress as follows:

The three actions you can take are:

The point of the game is to build a strong economy by constructing as many cards as possible. Some cards can be played for free, but others require you to pay in coins or materials.

Once you’ve constructed a building the resources shown on the card are available to you until the end of the game. An example would be: you first play the lumber yard which has no cost. Now you have wood production of 1, and you can play the stockade card for free.

If you do not have the required resource, you may choose to pay a neighboring player 2 coins and get a 1-time use of their production card. Lastly, your wonder gives you certain resource production which is shown in the top left.

The wonder board has three slots at the bottom and you have to build them in order. To do so, develop the economy to satisfy resource requirements, or pay the neighboring players to get them. You’ll use the card you’ve placed on the table to cover the building stage and proceed towards the next one.

Every age ends with a military conflict between the neighboring players. Military strength is gained just like resource production from red cards. You’ll gain victory or defeat tokens based on who has more military symbols. These tokens will count as victory points at the end of the game.

Your First Game of 7 Wonders

In 7 Wonders, you’ll quickly learn that neighbor sabotage is an important part of the game. If the turns are proceeding clockwise, you can build a stage of the wonder or sell a card the neighbor on your left may need. The player on your right is inclined to do the same to you.

Don’t think too much about what your options are — by the time any of the decks comes back to you, they’re going to be severely diminished. Instead, focus on the basic and refined resource production so you can afford to progress your wonder and buy the more expensive cards later on.

I can’t really share too much in terms of beginner tips, but I don’t need to either. As soon as you’re done with your first game, you’ll already have a good idea of what’s expected from you. Subsequent games will show you where your strategy was lacking, so you can adapt and improve.

There’s a lot of debate whether 7 Wonders is the best introductory board game, but having introduced my wife to the hobby through 7 Wonders Duel, I can definitely say that it is.

You don’t have to sit people down for an hour to explain the game to new players only to have them forget most of what you’ve said, nor do they have to play for 3+ hours and lose all interest halfway through.

With 7 Wonders, all you need is 5-10 minutes to explain the core concepts, and you can start playing. The 30-minute session and intuitive mechanics make it easy for new players to adjust. Once they think they’ve “solved” the game, you can easily move on to something more complex.

What makes 7 Wonders great is also its greatest weakness. However, you cannot really criticize a game that has succeeded at its intended goal. 7 Wonders is not a complex game, neither strategy nor mechanic-wise, but it doesn’t have to be. If you’re looking for a game with great depth and complexity, this one is not for you.

The real problem that even new players will quickly notice is that the experience is not the same when you’re playing with three, four to five, or more players. The games with six or seven players aren’t as good, but still, it’s better to have them than to exclude people from playing.

Three out of four expansions for the original 7 Wonders have been updated to fit the 2nd edition. Babel is the only one that is yet to be released, along with possible new releases.

The seas offer great trade routes and riches but are always contested by different factions. Engage in naval combat with other players or play in teams to crush the opposing Armada — this expansion can be matched with others or played independently.

Mercenaries, thieves, spies, and diplomats — they are the Machiavellian tools at your disposal to influence other players. Cities focuses more on player interactivity and adds the option to play the game in teams. It’s standalone and compatible with other expansions.

The Leaders expansion introduces the new mechanic through leader cards. These historical figures provide certain benefits that will influence your strategy. Leaders is a standalone expansion but can be combined with others.

For a great 2-player version of this game, check out 7 Wonders: Duel! 7 Wonders is one of the best family and introductory board games. It may not be for everyone, especially not a group of seasoned players, but if you’re playing with a group of all ages and skill levels, it’s going to provide an enjoyable experience for everyone.

I’ve played 7 Wonders Duel dozens, if not hundreds, of times, so I knew quite well what I was getting into with 7 Wonders.

The main thing about this game is understanding what it is and who it’s meant to entertain. An experienced board game player will notice the lack of depth, the trivial production chains, and the point salad scoring.

However, new players and casual gamers will really appreciate what 7 Wonders have to offer.

I’ve been introducing a group of friends to board games that go beyond Carcassonne and Codenames, and while we did have fun with Terraforming Mars, playing it after work was tiring even for me.

7 Wonders offered us something different — a few sessions per night and a couple extra if we want to declare the winner of the night. We could sit down, have a drink, play a game or two, then take a break and come back to it in an hour.

For me, the game itself wasn’t that thrilling, but the overall atmosphere at the table is what made it fun. Rather than wait for people to figure out what to do with their turn, the game flow was fast and entertaining.

I strongly recommend 7 Wonders as your first board game or something to play with your kids and friends in a more casual setting. We hope you enjoyed our 7 Wonders review! Have you tried playing 7 Wonders or any of its expansions? We’d love to hear your thoughts on this award-winning board game. Drop a comment below!

Find more strategy games to play in our video below: 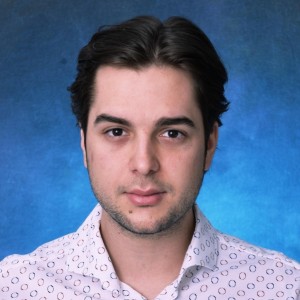