It’s been around since the 1950s, but that doesn’t prevent it from still being one of the most popular and classic dice games.

Yahtzee is played with 5, six-sided dice and can be played in solitary, but is probably more fun in a group. The game consists of 13 rounds of rolling the dice up to 3 times with the objective of maximizing your score and achieving 1 of 13 categories.

Some of the categories include a full house, a straight, or 3 of a kind, but the real winning throw is a Yahtzee which is 5 of a kind. Yahtzee Classic
$6.97
Buy on Amazon Buy at Walmart
We earn a commission if you make a purchase, at no additional cost to you.

It’s an exciting luck-based game, suitable for families and relaxed party evenings, however, if you feel like you have exhausted Yahtzee and want to try something similar why not check out these games?

Roll for the Galaxy

Roll for the Galaxy brings a splash of color into play with its vibrant dice and cards. This is a challenge of building space empires, taken from the original game, Race for the Galaxy, this dice-based version focuses on the development of new modern technology, shipping goods and settling worlds.

While during Yahtzee it’s fundamental to constantly record your score, Roll for the Galaxy also bears responsibilities as the game sees players managing their workers and building the most successful empires.

You will easily find the same amount of fun and player interaction as Yahtzee, although Roll for the Galaxy is certainly more intricate and advised for players aged 14 upwards. Extension packs are also available, namely Rivalry and Ambition. Roll for The Galaxy
$59.99 $42.53
Buy on Amazon Buy at Walmart
We earn a commission if you make a purchase, at no additional cost to you.

If you’re looking for a game that is fast and thrilling then look no further than Qwixx. Similar to Yahtzee, you’ll need to make sure to keep your score pad close by but you will also be responsible for some quick decision-making.

All players have a scoresheet with the numbers 2-12 in rows of red and yellow and the numbers 12-2 in rows of green and blue. When scoring points you’ll mark off as many numbers as possible, but only when it’s to the right of all marked-off numbers in the same row.

Each player rolls six dice on their turn: two white and one blue, one green, one red, one yellow. Opponents can choose to mark off the sum of the two white dice on one of their four rows, and the active player can mark off the sum of one colored die and one white die in the row that’s the same color as the die.

The more marks you achieve in a row, the higher your score for that row will be. Qwixx
$12.99 $8.40
Buy from Amazon Buy at Walmart
We earn a commission if you make a purchase, at no additional cost to you.

Ganz Schön Clever is a cool German dice game where the most important point to note is that you must choose your dice strategically. Once chosen, you will enter them into the matching colored area.

Like Yahtzee, you will also want to keep an eye on what other players are rolling, however you might want to pay a bit more attention in this game as the dice you don’t use are as valuable as the ones you do because each time a die is smaller than the chosen one, it can be used by the other players.

It’s pretty smart, as it keeps the game inclusive at all times allowing everyone to enjoy it right till the end. That’s Pretty Clever (Ganz Schön Clever)
$24.99 $20.99
Buy on Amazon Buy at Walmart
We earn a commission if you make a purchase, at no additional cost to you.

In Dice City, the challenge is to manage your city and its natural resources productively to make the most out of your fortunes. It is a “dice-crafting” game in which careful tactics should be used to promote your city, while its locations act as the changing faces of your dice.

Each player has several opportunities to promote their cities, creating strong armies and constructing new buildings. Like in Yahtzee, players should be sure to strategize well, checking what their opponents are concentrating on.

It is imperative to choose your city’s path and gain approval of others in the kingdom, especially Her Royal Highness the Queen as she has declared a new Capital must be chosen. Roll Through the Ages: Iron Ages

Grab those dice, to decide your fate. Roll through the Ages: Iron Age, a sequel to the insanely popular Roll Through the Ages: The Bronze Age is a challenge that sees players preparing to build the greatest empire.

Slightly more complex than the rules of Yahtzee, but still packed with as much anticipation, the goal of the game is to build an Iron Age civilization in less than an hour. The decision-making task is whether you raise armies, build provinces or feel like conquering barbarians.

Roll through the Ages: Iron Age, has a degree of luck involved but ultimately you will choose the limits of your exploration. There is also the option of the Mediterranean Expansion pack too, allowing the entertainment to continue for even longer. Roll Through The Ages: Iron Age Buy from Amazon Buy at Noble Knight
We earn a commission if you make a purchase, at no additional cost to you.

We hope you enjoyed our list of the best 5 games like Yahtzee! When you’ve rolled as many dice as you can, it might be time to try something new. 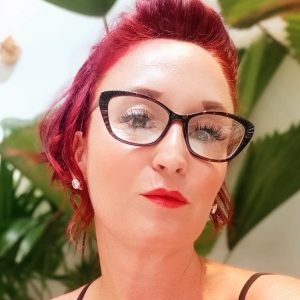 Growing up in a rainy old English city allowed plenty of time for board games with the family. Whether it was an afternoon Dominion marathon or a rivalry-fueled round of Catan with my brothers, there was always time to get to know the latest board games. Today, I have a continuous thirst to attempt the newest and most challenging games available.
All Posts

Roll for The Galaxy
$59.99 $42.53
Buy on Amazon Buy at Walmart
We earn a commission if you make a purchase, at no additional cost to you.